Southern Baptist Disaster Relief (SBDR) teams from as far east as Kentucky are headed West to Colorado. Disaster relief trained volunteers will be bringing hope and healing to communities ravaged by fires that have consumed tens of thousands of acres and destroyed hundreds of homes.

Colorado Baptists have been serving the community of La Veta in the south-central region of the state since June 30. They began feeding first responders—fire fighters, forestry workers, the National Guard, police and State Emergency Operations Center personnel—three days after what became known as the Spring Creek Fire developed, which according to The Denver Post began on June 27 near Fort Garland, Co., roughly 35 miles west of La Veta.

The Colorado SBDR team was providing over 300 meals a day to first responders, waking up as early as 3 a.m. to prepare meals and working in shifts until as late as 1 a.m. the next day to provide food.

At one point, Dennis Belz, the disaster relief director for the Colorado Baptist General Convention (CBGC), and his team nearly had to evacuate when the fires surrounding them came as close as a mile to their location.

“You would see clouds of gray smoke coming up from the mountains around us,” Belz said. “Then you would see another huge plume of black smoke, and you knew another home was destroyed.”

The North American Mission Board’s Send Relief Ministry Center in Appalachia was able to help Kentucky SBDR teams with supplies for the journey to Colorado, providing meals and personal protection gear among other items.

SBDR teams from the Southern Baptists of Texas Convention planned to arrive and relieve Oklahoma of their feeding duties over the weekend, and teams from Louisiana will travel to aid in the relief effort as well.

“I appreciate the help that has been sent,” said Belz, “the many calls that I’ve received from our different states that said, ‘We’re praying for you guys.’ The Lord is blessing us.”

Belz stated that every night, as his team would debrief, they would gather together to pray for the needs—whether it was equipment, materials or finances—and they would wake up the next morning to answered prayers. 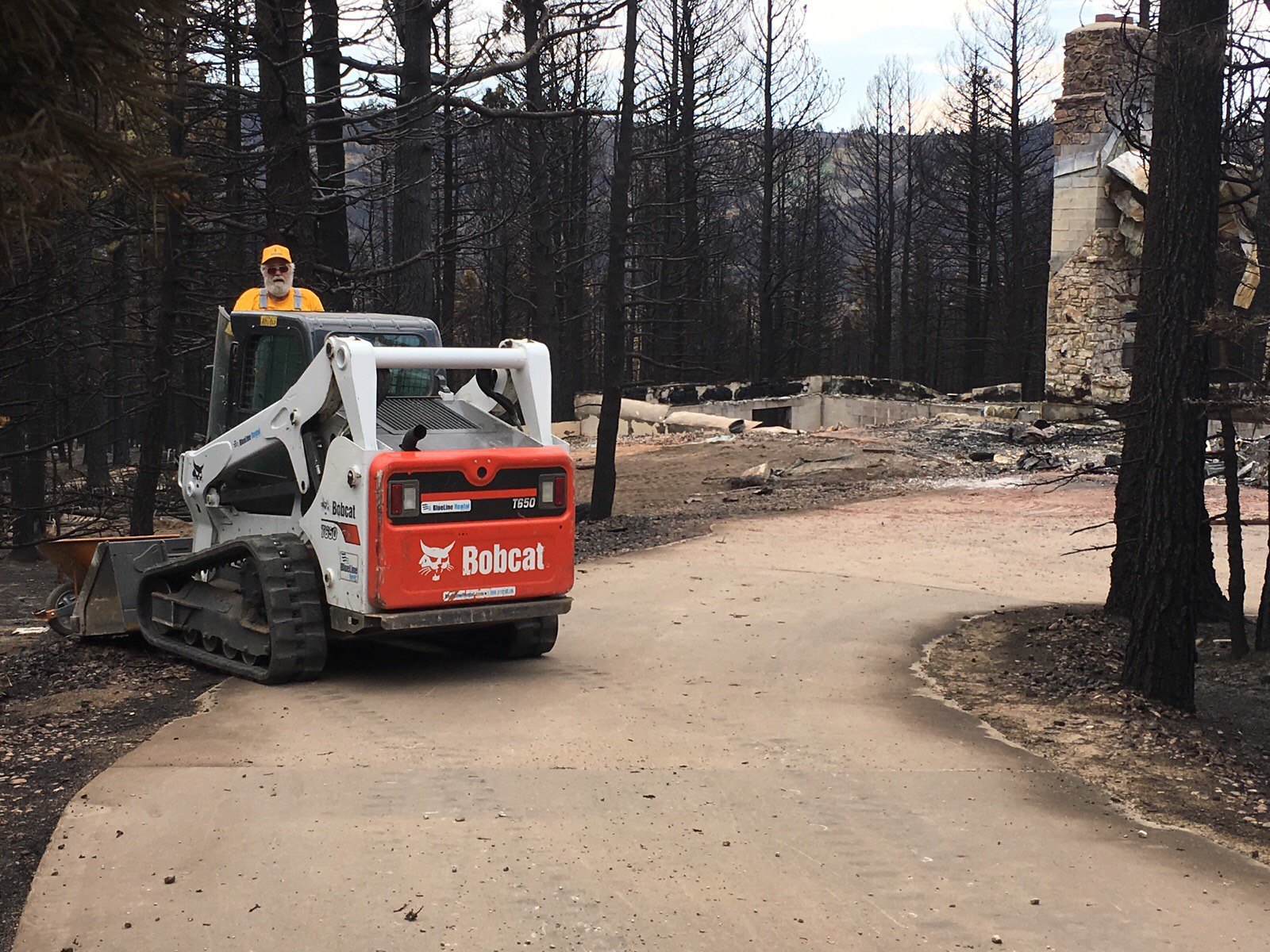 Some of those needs have been met by locals in the community. The people of La Veta have shown their deep appreciation by providing space to house volunteers and opening space to house SBDR’s operations. Locals came to ask volunteers what they needed then met the need.

“We’re bringing help, hope and healing, and the people are so appreciative of what’s being done,” said Belz. “We’re doing the best we can, and everybody is very pleased. They [members of the community] love Southern Baptists now. They’re very open to us.”

As SBDR volunteers have served 4,800 hours and served over 3,280 meals, they have seen one profession of faith and believe several others are close to responding to the gospel.

“The three days I was there, it was like answered prayer every time you turned around,” said Sam Porter, Send Relief’s national director for crisis response. “[The community of La Veta] has never had a group like SBDR come in there. I think the churches and Southern Baptists are going to do well there because of this response.”

Leading up to the weekend, fire crews approached complete containment on a dozen wildfires, The Denver Post reported, but temperatures at or over 100 degrees Fahrenheit could cause some of those fires to grow.

Monsoon season has hit Colorado, and the National Weather Service forecasted 30 to 50 percent chances of thunderstorms throughout the weekend, leaving burned areas vulnerable to flash flooding.

Belz mentioned that flooding and mudslides can cause problems for his volunteers by blocking roads. He expects the crisis response to continue for another month and a half, and their greatest need is assistance in paying for heavy equipment rentals and gasoline.

The front page of the CBGC website, saturatecolorado.com, contains links to donate financially as well as instructions for mailing checks to aid in the fire response effort.