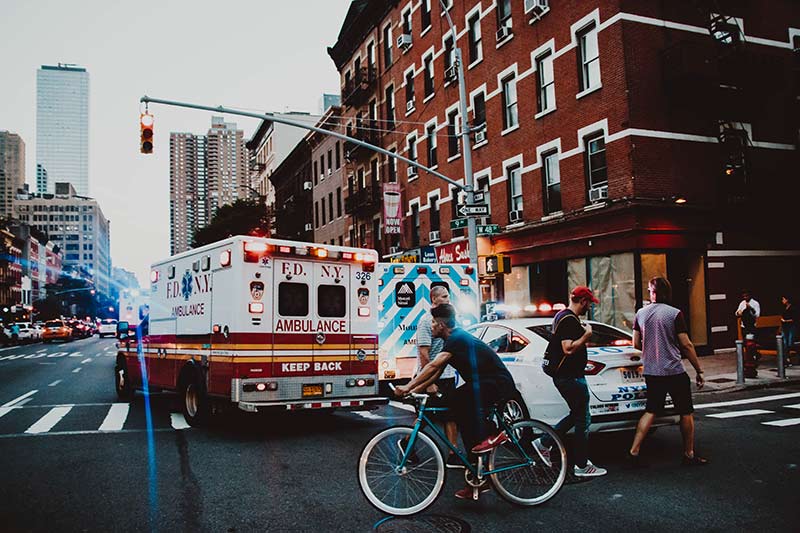 NEW YORK—George looked a little silly. He was riding his daughter’s bike toward the mission church in New York City. The bike was pink and small, and his legs were nearly up to his chest.

But George’s face was fresh and bright.

“I checked myself into a rehab and now I am back,” he told his pastor, Andrew Mann, of Graffiti 2 in the South Bronx.

George had placed his faith in Christ and had been baptized at the church. After rehab, George had become a quiet leader in the church. He helped the church “meet the need first” in their community. He served willingly and diligently.

How did George go from a resident living in Graffiti 2’s neighborhood to a resident reaching his neighbors through his own experiences?

Years before George’s involvement in the church, Andrew hadn’t really known George. Andrew used to see George shooting hoops in the local park, but that was it. Then one day, a close-call made way for what would be a closer friendship.

Andrew had just learned CPR. On his way home, Andrew saw a crowd of people in front of a grocery store. They were surrounding a man who was unconscious. Andrew got a peek at the man; his face was a horrible blue color. The stranger’s arms were dotted with bloody holes—signs of a heroin addict.

“Is my life more valuable than his?” Andrew had thought. No one in the crowd was moving to help.

Andrew immediately reached for the breathing barrier on the lanyard he had worn since the CPR training, but it wasn’t there. Then he remembered the Harm Reduction Center had an emergency tent for people using drugs. It was right across the street.

“Do you have a breathing barrier?” Andrew shouted at the workers in the tent. They did and ran it over. Andrew put the clear plastic over the man’s discolored lips and began to puff breaths of air into the stranger’s lungs. Time passed. The paramedics arrived. By that time, the color had returned to the man’s face. The paramedics picked the man up, and he regained consciousness.

Andrew never saw the stranger again, but George had been watching in the crowd.

Years later, Andrew felt the urge to ask his basketball-playing neighbor, George, to lunch. At first George was shy but, as the meal progressed, George really opened up to Andrew. It was during their lunch that George brought up the scene at the grocery store which had happened so many years ago.

“I saw you that day,” George said. At first, Andrew was stupefied. He hadn’t known George was in the crowd until then. George shared all the things God did in his life to bless the community afterwards, including rehab and volunteering at Graffiti 2.

The two hands of Christ are relief work, and release work. Relief work is the immediate thing that needs to be done. Release work takes longer, and it involves the process of being released from dependent behaviors, from addictions and from sin.

Sometimes it takes a while to see the ways actions affect the whole neighborhood. But community engagement is learning to see the unseen. Invite someone to lunch who is shy. You may make an impact by simply listening.

Andrew Mann is pastor and director of Graffiti 2 in the South Bronx and has written of his experiences in his book, Upside Down Joy.